Here's a little history of the Acoustic Brothers

The Acoustic Brothers started out in the MWCS gym passing 1 guitar back and forth between Austin and Alex. The lead singer and the lead guitarist. People seemed to love us. We left a case open and people usually threw money into it. We'd buy some candy at the consession stand and then play some more. Eventually Alex found us a gig at Riverview Towers in Ogdensburg. We were so excited we practiced all the time. Eventually, Jeffery the drummer was added and we started practicing. Finally our first gig (Riverview Towers) came and we loved playing. After that Alex got a new guitar and came up with a new gig. The Lisbon Talent show. Alex announced over the phone to Jeff and Austin that Jacob the bass player was now in the band. They agreed. Then a few weeks later it was announced that Preston was going to be our "roadie" every once in a while. Ever scince then The Acoustic Brothers have been playing gigs almost everywhere and have become quite naturals and just recently have entered in the original song writing buisness. TABs (Which is Short For The Acoustic Brothers and means "Tablature" Which is Guitar Music Notation) Have Played In Over 100 Gigs Including Riverview Towers, The Waddington Bowling Alley, Fire Department in Rensler Falls, A Festival in Heuvleton, MWCS Auditorium (for the elementary 3 times), We Played For The St Lawrence Talent Challenge, The Massena Mall Habitat For Humanity Battle Of The Bands, Canton Dairy Princess Parade, SMDA Festival, The Dancing Dog Restraunt In Alex Bay, Several Family Events, and many more. 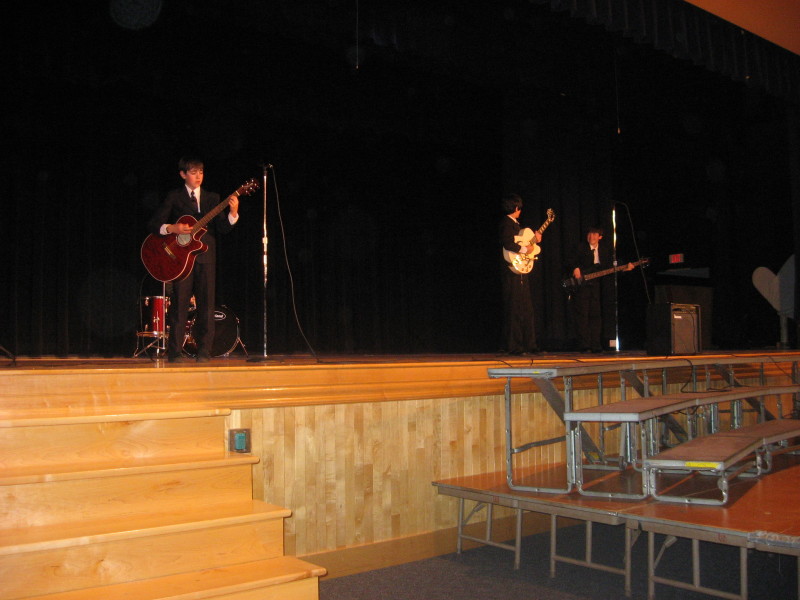 PS These Pictures Are From 2008